After a bit of drama last night, finding that Big Mac had discovered the Tulip Socks and the ball of yarn that was birthing them, after he apparently went zooming around the den with the yarn trailing behind and getting wound around table legs and chairs, I salvaged what I could and frogged what was left of the socks and started over.  I wasn’t really pleased with the toe and the heel also left something to be desired anyway.  Actually, this was right on the heels of another wip incident regarding the Mini Mania Cowl I started on Friday.  Overcome with the excitement of getting a treat, Josie leaped off the couch and tore into the kitchen with the cowl yarn looped around one of her back feet and the rest, as they say, is history. The needles were pulled nearly all the way out and I decided it would be more efficient time-wise to just finish what she started and cast on again.  Oh, and for the record, the cowl called for a cast on of 555 stitches….sigh. 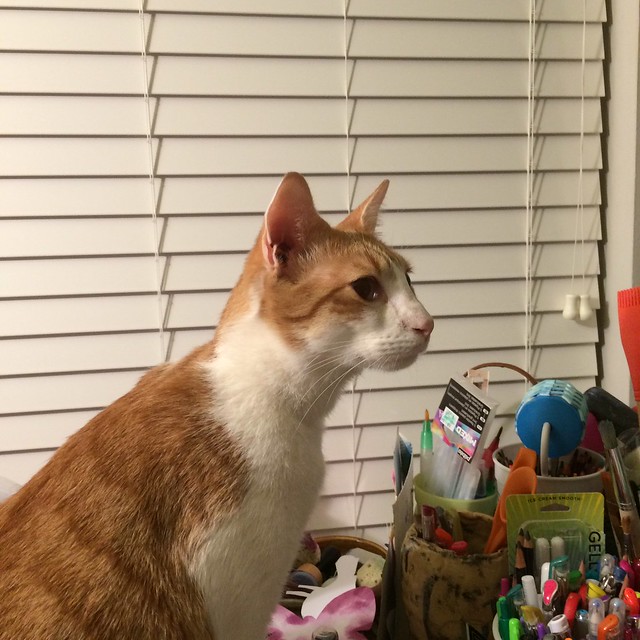 I’m still reading Jodi Piccoult’s The Storyteller; I’ve not had a lot of reading time this past week, but I hoping for an hour or two of uninterrupted quiet the next few days, mostly while the grands are napping, or at least pretending to nap. 💤

At Christmas play and make good cheer,/ For Christmas comes but once a year.  Thomas Tusser, A Hundred Good Points

Got something to add? Bring it on!!! Cancel reply

This site uses Akismet to reduce spam. Learn how your comment data is processed.