I continue to plug along on Simplex, which is slowiy but surely growing and hopefully will be finished in the next week or so.  At this point in every project, I begin fantasizing about my next project, even if I don’t specifically have one picked out.  Too bad I don’t have a time lapse to post, because that’s about the only way to see Simplex’s growth from week to week without actually counting the ridges/pattern repeats.  Someday, I’m going to try a time lapse photo, just for fun.

Makes me think of a pizza!

A few more beach pictures, if you can stand it.  I wish I could take credit for these, but I can’t.  Mr. iknead took these beauties. 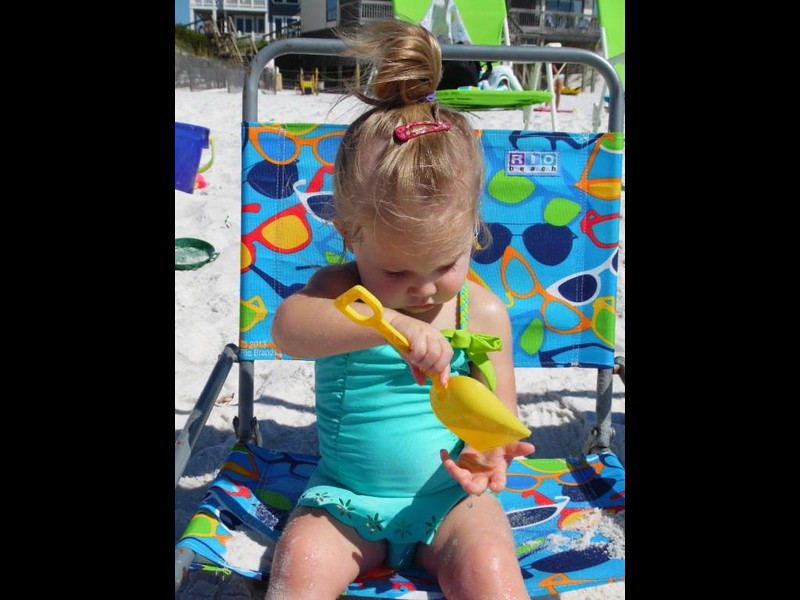 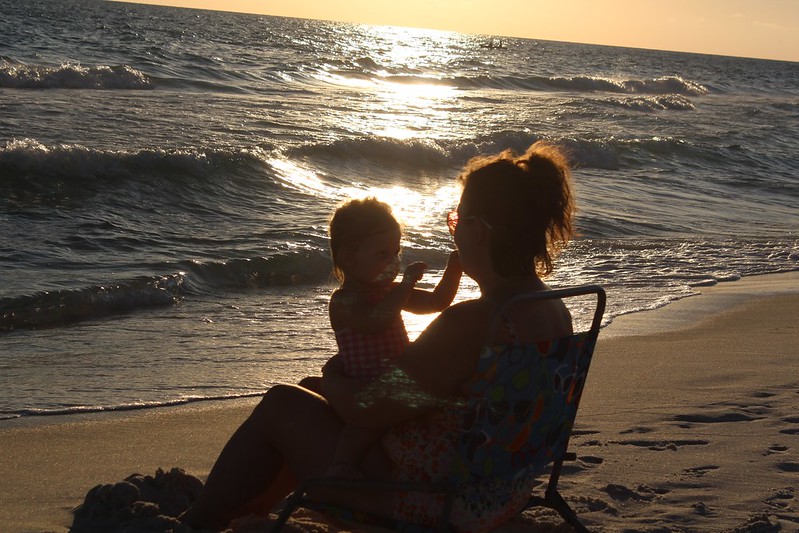 At the End of the Day 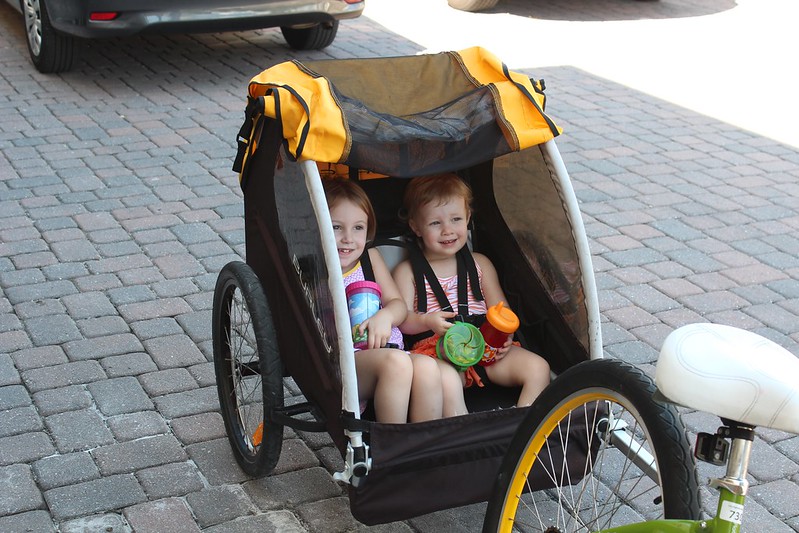 Best idea of the whole week!  Babymama and Bigmommy rented bikes with buggies – it was hard to tell who had more fun! 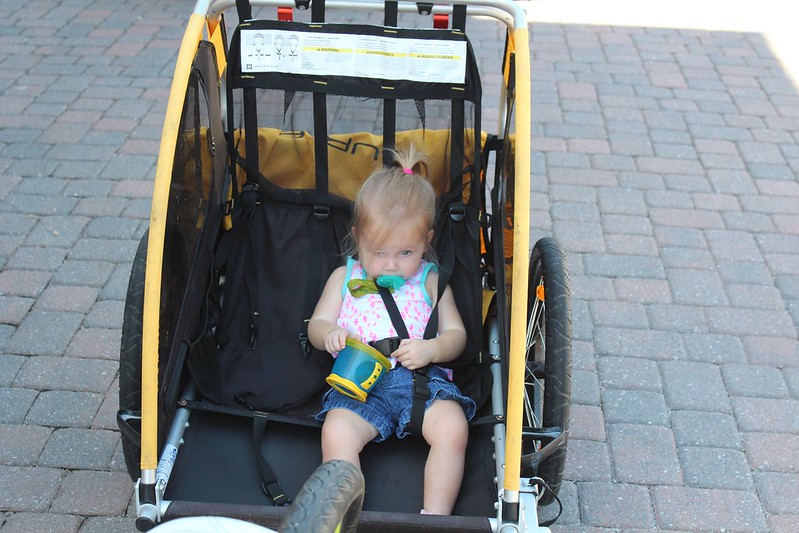 The Sprout had to ride by herself, but with a snack and her paci, all was well.  Next year, Charlee will even the count and she’ll have a bike buddy.